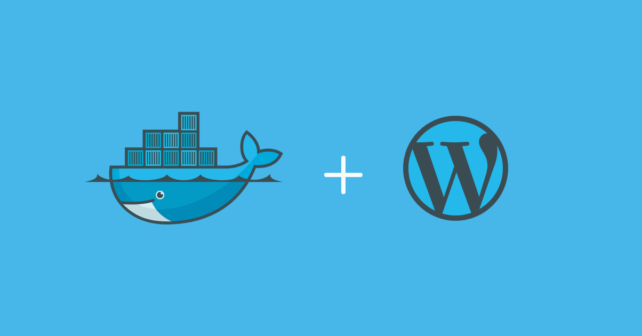 From here onwards I assume that you know what Docker is and how to write DockerFile. If you don’t, then do a quick read at docker docs.

You need to install Docker and Docker-compose on your system. We will write linux shell like commands in DockerFile for setup of our container. We will also use docker-compose.yml file to bind our different containers together. For further information please read Getting Started Guide on official docker site.

I customize my own blog quite a lot and I have created few custom plugins for my own use. During wordpress plugin development initially I have created my own custom Dockerfile to build and run my Docker container running Linux, Apache, MYSQL and PHP. But wordpress has released their official docker image on DockerHub so I have started using the official wordpress docker image.

Since past one year I came across few common problems while developing wordpress plugins under docker container and after solving them one by one, I ended up having a standard “day zero” wordpress docker-compose based setup.

This setup has bare minimum directories and files which we need for our development. Lets Start creating this setup step by step.

Step: 2 – DockerFiles for wordpress and MYSQL

WordPress docker image does not have database setup and needs an active database running to connect to. So we will first create our database container. I have decided to use MYSQL but you can use mariaDB as well.

After creating the database DockerFile, now we will move on to wordpress DockerFile.

Step: 3 – Docker Compose to link both the wordpress and MYSQL containers

Make sure docker-compose is installed on you machine along with docker. Go to your project directory and run the following command:

This command will download the wordpress and MYSQL docker images from the DockerHub and build your containers.

This command will fire up MYSQL and wordpress container. Once containers are up and running you will be able to access your fresh wordpress site at http://localhost:8000

By default the MYSQL container will not retain the wordpress data and when you will restart the containers you will again find the default install screen of wordpress.

You can solve this by mounting a volume for MYSQL container, however for most of my development I need basic installed wordpress with some default data to work with the development

So I have created a sql file named “wordpress_data.sql” with default data, inside the docker/mysql folder.

Now with every docker container rebuild or restart, I will have my default data loaded in wordpress. Having the default data will also help to test the plugin or theme which we are developing.

Step: 7 – Proper file permissions of wp-content folder so that you can use your favorite editor

When the container is up and running, user www-data is set as owner of the wp-content folder. www-data is apache user which will access the wordpress content when site is loaded. However this will not allow us to edit the content of wp-content folder from host machine.

The solution is to create a user inside the container which has our UID and allow it to read/write the /var/www/html/wp-content folder.

Now the wordpress configuration block in the docker-compose.yml file should look like :

We have added two environment variables LOCAL_USER_ID and LOCAL_USER_NAME which will be availabe inside the wordpress container.

I have created a shell script to use these variables and create the user. This script will also add the appropriate permission for this user to read/write /var/www/html/wp-content folder.

The script file is named as setuser.sh and it is placed under docker/wordpress folder of our project. The file contains following code:

Now we have to figure out a way to execute this script when wordpress container starts.

Unlike MYSQL container wordpress container does not have an option to run custom scripts during startup of the container. WordPress container has a docker-entrypoint.sh file which it executes to setup the container. The trick is to add a line in it at runtime to run our script right before it starts the apache.

After looking at the docker-entrypoint.sh and DockerFile I found that docker-entrypoint.sh file is copied to /usr/local/bin/ directory and then it is executed at the runtime so all I need to do is add a line in this file right before it executes the apache start command to run our setuser.sh file.

Lets update our wordpress DockerFile located in docker/wordpress folder and add the code. Now the DockerFile should have following code:

After following all the above steps, now you just need to run the below commands to run your containers. Get to your project folder and execute the following commands: